I started playing bocce when I was 16, after coming home from watching my brother compete in the Junior World Championships in Italy.

At these championships, it was the first time I really watched the game with interest and my brother, along with some other players, had started to teach me how to shoot on the warm-up courts.

When we returned to Australia, my brother began training me properly and I competed in my first junior nationals the following year.

The mixed rapid throw because it is a fast-paced, athletic and exciting event, and I get to compete it with my brother.

I believe that I have a disciplined demeanour and I show this through turning up to training every week to practice my bocce skills, and also keeping up my fitness.

I rarely miss a training session in the lead up to competitions and this allows me to stay determined, focused and be on top of my game.

My passion for the sport also allows me to continuously train and focus on becoming the best player I can be.

I was first introduced to bocce when my family visited my grandparents’ home country Slovenia in 2007, so playing bocce now is a way to keep me connected to my culture.

I also love playing bocce competitively as it allows me to represent my country, travel overseas, and compete against other young people.

I have made many friends both here in Australia and overseas that I will stay connected to for life, and it is all because of bocce. 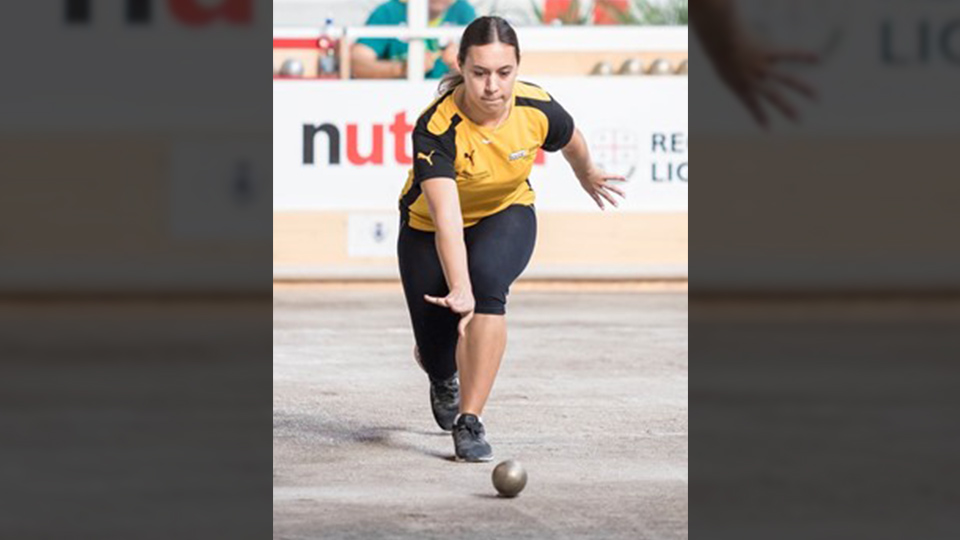 My best achievement was placing third in the doubles event with my brother at the Denis Ravera International Competition in Monaco in 2019, and then a week later placing fifth in the same event at the World Junior Championships in Italy.

My major highlights have been representing Australia three times and the incredible experiences I’ve had competing at international competitions.

In Australia, our greatest challenge is not having enough elite competitions to play in.

However, because every state in Australia is quite far apart, it is hard to organise for players to frequently travel interstate.

My brother has always been my biggest inspiration since I started playing bocce.

His determination has allowed him to grow into a great player and win many national and international medals.

When I saw him win his first world championship medal, I was inspired to train and put in the hard work like he did so that hopefully one day I could achieve the same success.

In the lead up to Nationals, I will increase my training days at the court to three or four.

At the courts I will practice my throwing and bowling skills and play competition-like games against either my brother or my dad.